Thanks to those that submitted their picks for this year’s final four trends. As we inch closer to cutting down the nets, let’s look at which trends are most popular amongst the Community and see how they have fared thus far.

In General Trends, the Community believes (5) Health Equity has the best chance of making it out of the Region, garnering 36% of votes.

Next, (1) Private Equity Funding secured 12% of votes in third place. As (5) Health Equity and (1) Private Equity Funding face off in the Round of 16 bracket, which trend will come out on top and land a spot in the Round of 8? (2) Affordability and (6) Patient Experience both secured 10% of votes as runner-ups. However, (2) Affordability lost its matchup in Round 1 and (6) Patient Experience bowed out of the tournament in Round 2. 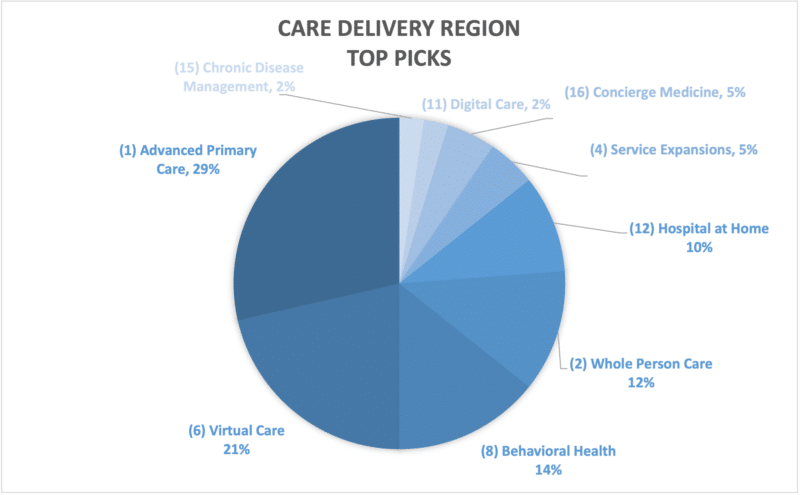 While the Community ranked (6) Virtual Care as a strong second, the Selection Committee felt differently, as it was upset by (11) Digital Care in Round 1. (2) Whole Person Care landed a spot in Round 2, but was defeated by (7) Physician Employment and did not proceed to the Round of 16 bracket.

The Business Model Innovation Region featured the most competition for the top spot in the Community’s eyes. (1) Medicare Advantage landed 14% of votes within the Community submissions. How will it fare as it competes against (13) Population Risk in the Round of 16 bracket? While (9) Direct to Consumer ranked as a close second among the participants, it was defeated by (8) Direct to Employer in Round 1. Finally, (2) ACOs tied with (9) Direct to Consumer, also securing 12% of votes. (15) RBEs took the lead in Round 1, knocking (2) ACOs out of the competition. 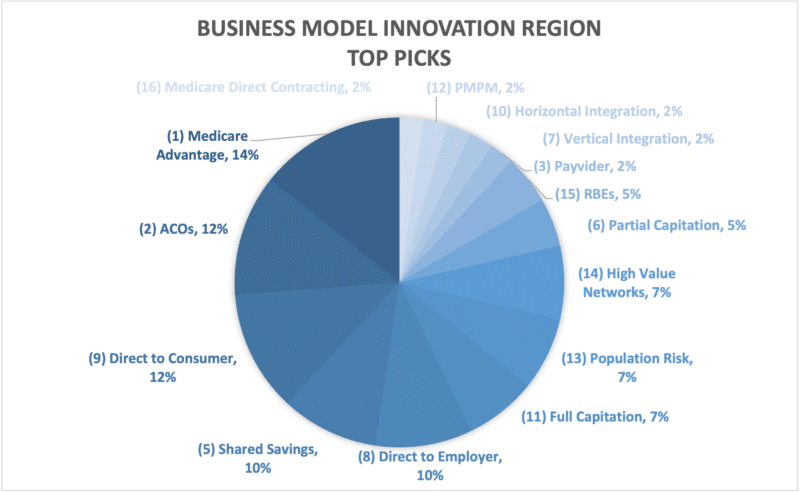 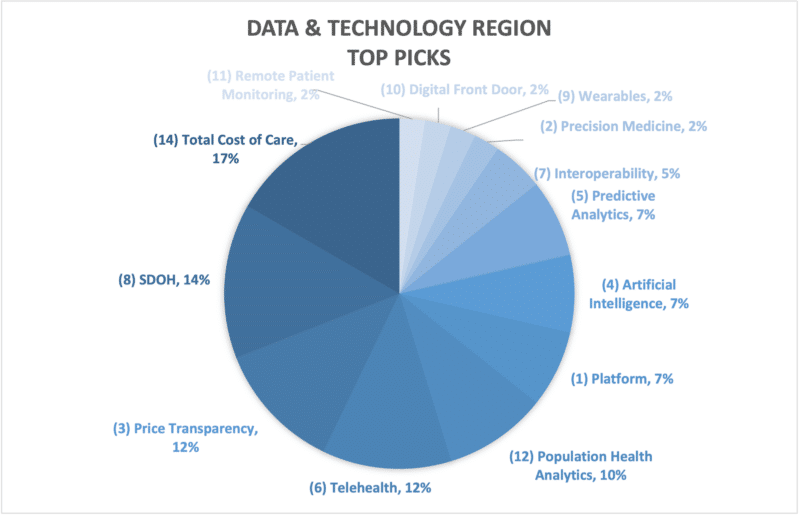 Finally, (6) Telehealth was tied for third place by the participants, but did not receive enough support from the Selection Committee in Round 1 to move forward. On the other hand, (12) Population Health Analytics secured a win against (4) Artificial Intelligence in Round 2 and landed a spot in the Round of 16 bracket.

What trends and matchups have surprised you so far? Have you predicted which trend will reign supreme, earning the title of Top Healthcare Trend of 2022? Join us over on LinkedIn to share your thoughts, and mark your calendars for Thursday, March 24 as we reveal the final eight trends!

See how rule of three’s strategic services can support you and your healthcare team.